Executive coaching has emerged as a highly effective and powerful tool for developing organizational leaders.

Here are some research findings and case examples about the return on investment for executive coaching.

“A Fortune 500 firm engaged Metrix Global LLC to determine the business
benefits and return on investment for an executive coaching program.
The bottom line: coaching produced a 529% ROI (that’s $5 for every $1 spent on coaching) as well as significant intangible benefits to the business. When the financial benefits of employee retention were rolled into the mix, the ROI was nearly eight to one, or 788 %.”
– Executive Briefing: Case Study on the Return on Investment of Executive Coaching. MetrixGlobal, LLC. Merrill .C. Anderson, PhD, November 2, 2001.

“Coaching enhances the impact of executives, increases their speed in becoming effective within the organization, and improves overall job satisfaction and retention. Coaching is one of the principal tools businesses have for developing their people. It is an especially useful tool at the executive level because busy executives have few other assisted means of continued development. In one study, training alone increased productivity by 22%, but when training was paired with coaching productivity increased by 88%.”

“Who needs coaching? Perhaps the better question is who doesn’t? While the process has its roots in psychology, it should not be confused with therapy or counseling, since it deals with functional, not dysfunctional, people and emphasizes strengths and achievements rather than weaknesses and problems. Confidentiality is key as the coach leads the client through a three-step process. The first is a review of the executive’s career, strengths and shortcomings. Step two involves creating a comprehensive action plan. The final stage, the executive and coach test and implement the executive’s action plan. Companies such as Motorola and IBM offer coaching as a part of their executive development programs, paying as much as $750/Hr. “
– A Better Person Makes a Better Exec. By Don MacRae. Business Week Online. February 25, 2002.

“Asked for a conservative estimate of the monetary payoff from the coaching they received, managers described an average return of more than $100,000, or about six times what the coaching had cost their companies.” — Fortune, “Executive Coaching – With Returns a CFO Could Love,”
February, 19, 2001

Fortune magazine recently reported the results of a poll of executives and upper level managers who had 6 – 12 months of coaching with a Masters or Doctoral level executive coach.

A bit more information about this study:

“How Is Coaching Used in Your Organization?”
– Lee Hecht Harrison

“During the time that Dr. Belsten and I worked together, the Business Unit has grown from an annual revenue of $800,000 to over $2.6 million this last year, clearly exceeding the expectations of WRI and the CEO. I believe that our success could not have occurred without the coaching support from Dr. Belsten.” – Dr. Alan E. Bland, Business Unit Manager, WRI

“I never cease to be amazed at the power of the coaching process to draw out the skills or talent that was previously hidden within an individual, and which invariably finds a way to solve a problem previously thought unsolvable.”
– John Russell, Managing Director, Harley –Davidson Euopre, Ltd.

“Across corporate American, coaching sessions at many companies have become as routine for executives as budget forecasts and quote meetings.”
– Investors Business Daily

“A coach may be the guardian angel you need to rev up your career.”
– Money Magazine

“The leaders of organizations such as Alcoa, American Red Cross, AT&T, Ford, Northwestern Mutual Life, 3M, UPS, American Standard, the federal governments of the United States and Canada are convinced that coaching works to develop people and increase productivity.”
– Consulting to Management

“Coaching is having a dedicated mentor; it’s getting knowledgeable support and encouragement and a new way of looking at things when you need it.”
– Executive Female Magazine

“Coaching is unlocking a person’s potential to maximize their own performance. It is helping them to learn rather than teaching them. Clients say coaching brings out their best by helping them focus, break down tasks and clarify their values.”
– Fortune Magazine 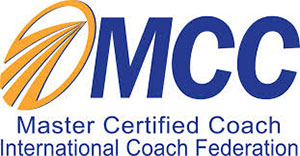 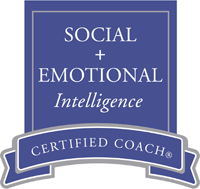